The past 15-to-17 years has seen a massive run-up, crash, and rebound of home and other real estate prices. A big cause of that was the decrease in interest rates that we have seen since the year 2000. When interest rates go down, you can spend more on your house or investment property because now your mortgage payments are much lower. Makes sense, right?

Many will also say the adage, “location, location, location!” Yes, location does matter. 100%. I have never denied that nor will I deny it. But, as with most things in life, when such a general statement is made with such conviction, there is usually something inaccurate in it. People are flocking to the south and to the southwest areas of the United States to live. So, with that increased demand, everyone assumes that real estate prices will go up and up and up indefinitely at higher rates than other areas of the country.

Is that possible? Sure, but it’s not the whole story.

Remember, when there is more demand in an area, everyone will flock there, including real estate developers. So, naturally, there is more supply, as well.

A quick example: a Range Rover is a nice car. I think most people would agree, right? And because of how nice a Range Rover is, more people want it. The quality of the car, plus the desire of people to purchase it, lead to the price being higher. But, if in response to people’s desire to own a Range Rover, more factories are built to produce more of the car, prices won’t go up because you are meeting the already-high demand with more supply It’s basic economics.

But look at Ferrari. They built 400 Enzos and that’s it. No more. There have already been a couple that have been destroyed by accidents, so the total number existing is around 398 or so. Every time one gets destroyed, the prices will go up because they aren’t making anymore. Supply is decreasing as demand stays the same. Over time, that will lead to higher prices. I think you get my point.

As income goes up because of inflation, it doesn’t matter where you live; your income is probably going up at a rate pretty close to inflation.  So over long periods of time, if your income increases by 30%, you will be able to spend 30% more on the same housing. This naturally leads to higher housing prices. Now, of course, there are other factors, like the ones we discussed above, that affect this. But if an area isn’t growing as fast (like the Midwest) and doesn’t have as much development going on, then there will be less supply and therefore the less demand is not going to affect prices as much.

So how do I know this is true? Well, I went and pulled up the top 130 Metropolitan Statistical Areas (MSAs) and sorted them by population size, population growth since 1990, income growth since 1990, and real estate value growth since 1990.  I ran correlations between the following areas: Population Growth to Real Estate Value Growth, Income Growth to Real Estate Value Growth, and then finally Population Growth to Income Growth.  The reason I did the last one was to say “well, maybe the sexy high growing areas will have higher real estate value growth because they will be highly correlated with high income growth.” This was a thought I had. Here are the results.

When comparing population growth rates to real estate value growth rates, the correlation overall was 0.26. This is not considered a material correlation in the world of statistics.  It’s not awful, but it’s nothing to make note of.

The correlation between income growth and real estate value growth, however, was 0.67! That is a strong correlation. Not perfect by any means, but it’s strong. Ironically, we found a stronger correlation in that metric when going to the smaller markets of the top 130 MSAs.

This is practically zero correlation! Doesn’t seem logical, does it? The sample must have been not representative of the rest of the country? No, because this isn’t just a small subset.  This is based on the top 130 markets which range in size from 175,000 to 20,000,000 people.

What’s the moral of this story? Don’t go overspend in the “hot” markets because of the growth. I see the nosebleed prices being spent on real estate, and what I always hear is “well yeah, we pay a lot now but we will make it when the property values appreciate so much more than other areas.” The data shows otherwise. 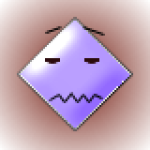 Paul Gabrail is a premier real estate investment professional with an immense background in multi-family unit acquisition, rehabilitation, and management. Since 1997, Paul has identified and acquired underperforming assets that have outperformed competing transactions.

In 2005, eighteen months after graduating from college, Paul founded what has now become the Gabrail Family Office, as well as the primary holding company of the family office, The Crossroads Group LLC. Crossroads Group’s main holdings are in multi-family properties, with the first purchase occurring in 2005 in Toledo, Ohio for a few units, ultimately increasing to roughly 1,000 units today. In 2009, after the market collapse and the mortgage crisis, Paul captured the opportunity and continued to acquire properties at a fast pace at purchase prices well below the actual values of the properties.

In recent years, Paul has begun to diversify the family’s holdings in various industries, including those that are ancillary to the multi-family business.
Today, the Gabrail Family Office and Crossroads Group are diversified holdings of real estate and business ventures that own and operate over fifteen small and large businesses. One such business is Select Investment Group LLC (“SIG”), the investment arm of the Gabrail Family Office. SIG raises capital through accredited investors to purchase multi-family projects in submarket cities, primarily in the Midwest.

Under Paul’s leadership, the family office has grown its assets five-fold in twelve years. The family’s portfolio is set to expand its 1,000-unit holdings throughout the Midwest using more direct investment, joint ventures with other family offices, and real estate funds for accredited investors to partake in.